Each year, individuals of all ages all around the world are diagnosed with feeding or swallowing difficulties (dysphagia). Put simply, dysphagia can be described as difficulty moving food, liquid, saliva or medication from the mouth to the stomach. 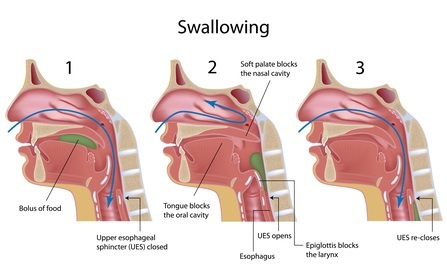 The consequences of dysphagia include dehydration, malnutrition, aspiration and asphyxiation and a negative impact on quality of life and social participation in eating and drinking. Conservative estimates suggest that 8 % of the worldwide population experiences difficulty eating regular food and drinking regular fluids because of dysphagia.

According to the Population Reference Bureau this amounts to 99 million individuals from the developed world. Although dysphagia touches individuals across their life span, it is most prevalent at the end of life, with the elderly being most affected. Although sufferers are sometimes unaware of the disorder, dysphagia is a highly prevalent clinical condition as it affects more than 30% of patients with stroke, 60–80% of patients with neurodegenerative diseases, 10–30 % of adults aged 65 and older and more than 51% of institutionalized elderly patients

It has been estimated that the prevalence of modified food texture use in long-term care facilities is somewhere between 15 and 30%. An American taskforce identified 40 different names used to label solid food, while an Australian study found 95 different labels used to describe texture-modified foods. If such variability exists within countries, global inconsistency is likely to be staggering.

Over the last decade, there has been a move toward national standardization of terminology and definitions for texture-modified foods and liquids. Currently Australia, Ireland, Japan, New Zealand, Sweden, the UK, the USA and Denmark have published national descriptors.

The table below gives a brief summary of the international terminology used to describe texture modified diets. At least one texture that is universally agreed is the consistency of puree.

Following assessment, a speech pathologist will recommend the food consistency that is safest and easiest for an individual to swallow. The entire meal must meet the recommended texture, not just part of the meal.

Puree food is smooth and lump free, but may at times have a grainy quality but require no chewing.  It is similar in consistency to a commercial pudding.  Food could be molded, layered or piped.  Food should be cohesive enough to hold its shape on a spoon.  When placed side by side on a plate, the consistencies should maintain their position without bleeding into one another.  As a result in most case (molded or not) a food thickener is often required.

Product was successfully added to your shopping cart.

huston we have a problem